Menu
With four major hail storms already this year, there’s a good chance that you may be looking at at least your second hail repair for this year or within the past few years. While you may have had your insurance cover your repairs the first time, you might be concerned about what filing another claim will do to your rates. Rest assured that you can safely file a claim for this repair as well without your insurance being impacted.

How is hail damage covered?

Hail damage is generally covered under the comprehensive portion of your auto insurance policy. This coverage covers non-accident damage from hail, other weather, theft, vandalism, and more. Nearly all drivers carry this coverage even though it’s not required by law because few could afford to replace their car if it was stolen or rendered inoperable.

Claims made under comprehensive coverage almost never affect insurance rates. This is because weather, theft rates, and other things that affect the likelihood a comprehensive claim will be filed aren’t connected to any one driver. Instead, the insurance company can assess the risk of covering a car in a given area over time and set rates to cover the expected number of claims.

If the number of claims does go up, the insurance company may increase rates for the entire area. However, this decision would be very unlikely to be affected by the decision of a single driver to file a claim when hundreds or thousands of drivers would still be making claims, so it would make no sense not to file the claim. Even in the rare circumstances where insurance companies have raised the premiums for single drivers who have filed comprehensive claims, these increases have only amounted to a few percent per year, are nowhere near the huge increases following an at-fault accident or speeding ticket, and are likely to be far less than the payout for the repair costs.

Why is this different than an accident claim?

Accident claims are much more dependent on the specific driver. A driver who is found at-fault for one or more accidents is a greater risk for the insurance company than a driver who has never caused an accident. Even a driver who has been involved in several accidents where the other driver was at fault may be a greater risk because their defensive driving skills may not be as strong as someone who has managed to avoid accidents. Accidents also typically cause more extensive damage than comprehensive claims, and comprehensive claims don’t carry the added risk of medical costs. That’s why accident claims see such as huge premium jump, while a hail damage claim won’t see any change.

Will multiple hail damage claims result in a policy being canceled? 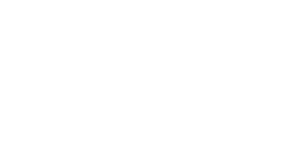