No one likes to come out to the parking lot or garage and see a dent in the side of their vehicle. This situation causes lots of emotions, from anger at the carelessness of others, to sadness that your baby has a blemish. However, many dents and dings are candidates for Paintless Dent Repair. If you have a spot or two on your baby, read on for more information on whether this process will work for restoring your vehicle to its showroom glory.

What Is Paintless Dent Repair

In the old days, a dent or ding was a huge hassle. The dent or ding had to be popped out. Then the area had to be sanded, repainted and completely refinished. This was not only time-consuming, it was also expensive. In addition, there was no guarantee that the new paint would match the old, so you could come away with a fender, door or other body panel that didn’t match the rest of your car or truck. This could leave you in no better position than you were when your truck or car had a dent. Paintless dent repair is quicker, more convenient and less expensive than traditional methods of auto body repair. With paintless dent repair, there is no need to sand, prime, paint and clearcoat the area after the dent is removed.

Paintless dent repair involves many techniques. An auto body technician can gently push the dent out from the underside of the body panel. This can be done with many tools. It is important to sit down with your auto body technician and discuss their planned methods of dent removal before you give the okay for them to get started. Likewise, you should check their credentials and experience to ensure that you are using the best paintless dent repair shop around.

What Can Be Fixed With Paintless Dent Repair 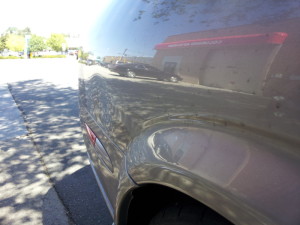 What Cannot Be Fixed With Paintless Dent Repair

Again, any dent that has rust or cuts to the metal is not a candidate for this method of dent 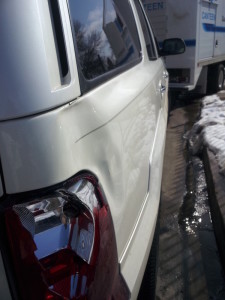 If you are in need of paintless dent repair for your vehicle, look no further than Colorado Auto Body. We have three decades of experience in the local area, and have assisted thousands of satisfied customers with their repair needs. We can also handle your other auto body needs, beyond dent repair. Call today or stop by for a quote, and see what we can do for you.